Aikido is a modern and peaceful martial art, developed from the techniques of the Japanese samurai. Fundamental in Aikido is, that aggression directed to yourself can be guided/controlled instead of using lethal force. This principle is found in the techniques to end the attack by using the attackers own energy and momentum.

Aikido techniques can be recognized by their harmonious, often circular or spiraled movements. The right timing and correct body movement provides the opportunity to take over your opponent’s attack, taking his balance, and immobilizing your opponent.

The Tomas Sanchez Dojo is located in the neighberhood of Aluche which is West of Madrid very close to highway A-5 and the Casa de Campo Park where the ZOO is located.
The closest Metro Station is Lucero or Alto de Extremadura (Line 6).

For more information please do not hesistate to contact us.

Tomás Sánchez Díaz, Shihan 7dan Aikido&2 dan Judo, one of the most respected and well-known Aikido instructors in Spain. He begins his martial arts carrier by being a Judo instructor. He learns Aikido from various Japanese instructors and eventually becomes one of the disciples of Master Nobuyoshi Tamura, Delegate of the Japanese Aikikai in Europe.

In 1982 he becomes co-founder of the Spanish Association of Aikido (A.E.T.AIKI) – Spanish Aikikai, where he continues to be the Technical Director.

He has published two books:

Roberto Sánchez Arévalo (1972), 6 dan Aikido&1 dan Judo. Aeronautical Engineer, member of the Technical Committee of Spanish Aikikai(A.E.T.AIKI). Activelyparticipates in the training of other teachers and delivers Aikido courses all over Spain and internationally.

Please join a trial lesson without any further obligations. 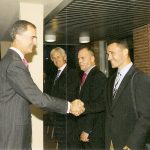 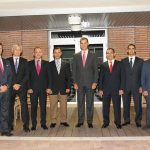 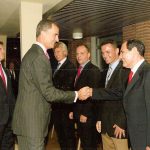 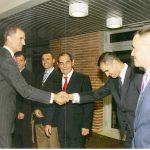